To inspire all people regardless of age or ability or income level to be comfortable moving their bodies in fun and unique dance programs. Programs are customized to target educational, physical, and social/emotional goals for schools, community centers and social service organizations.

We provide creative dance education programs for all populations from infancy through senior citizens and for all abilities. We believe everyone has the right to learn how to utilize the one tool they come into the world with, their body, to their own individual fullest potential. Programs target unserved and underserved populations such as low income inner city youth, seniors, early learners, individuals with developmental disabilities, physical disabilities, and chronic conditions such as Parkinson’s Disease and Dementia. These programs are designed to bring dance to people by going into schools, social service organizations, community centers, senior centers and businesses.

We specialize in bringing dance into school, community centers, and social service organizations. We have partnered with many to develop customized dance programs. Some of these partnerships have included:

We have also taught extensively in dance studios and gyms throughout the Erie, PA area including:

Our founder, Jennifer Dennehy, is an internationally recognized teaching and performing artist. She has performed and taught visiting artist workshops at universities, art & music festivals, and hoop retreats throughout the world including: India, Peru, Germany, the Netherlands, Italy, Canada and extensively throughout the United States.

Jennifer Dennehy has been dancing for over 30 years. She has developed a unique style of dance that includes training in ballet, modern, tap, jazz, African, hip-hop, break dancing, hoop and creative dance. Jennifer has taken her dance training and combined it with what is thought of traditionally as a children’s toy, the “hula hoop.” What makes Jennifer unique is her passion for bringing dance to everybody and as a performing artist her ability to connect movements together with such fluidity and grace that the hoop appears not as a prop but an extension of Jennifer’s physical being.

Jennifer grew up dancing in the Buffalo, NY area. At the age of 3 she began dancing at Carol Joy's School of Dance then in 1994 she began studying at Darlene Ceglia's Dance Project. At Dance Project she had talented inspiring instructors, in particular Darlene Ceglia, and began the processes of realizing that dance needed to be part of her life. Jennifer was a student there until she graduated high school. In college she focused on getting a degree so dance took a back seat. Then when Jennifer graduated from Mercyhurst College she stayed in Erie, PA and began taking classes again in ballet, African, modern, and hip-hop. But on January 1, 2010 she stood up out of bed and her knee gave out and was unable to walk. Jennifer had knee surgery February 11, 2010. She was told that she had severe arthritis and would need full knee replacements between the ages of 40 and 50. Her quadricep had gone into atrophy so the projected recover was long and due to the arthritis Jennifer was told there were a number of things she should no longer do. All of this was a wake up call. Jennifer realized that she had been wasting the gift she had been given to dance, perform and most importantly to teach. So in the Spring of 2010 she started performing locally with Dance Elite Performance Company, Then in the Summer of 2010 she went to a drum circle at Presque Isle State Park in Erie, PA where she saw hooping for the first time. Jennifer fell in love with hoop dance, not only was it beautiful but it was also low impact on the joints.

Jennifer has spent nearly everyday for the past 10 years hooping and mastering this movement art form. She has taken workshops with some of the best in the field; Baxter, Luna Breeze, Spiral, Kenna Hoops, Ninja Hoops, Nick Guzzardo, Brecken, Ann Humphreys, & Shakti Sunfire. Jennifer began performing with her hoop in August 2010. In November 2010 she began teaching at gyms and dance studios. In February 2011 Jennifer started Hoops By Dennehy her hoop making business. In the fall of 2011 Jennifer began dancing with Dafmark Dance Company. In October 2011 she receive her AFAA Group Fitness Certification. Then in January 2012 she started Lake Effect Hoop Troop where she began creating hoop dance choreography.

Jennifer received a B.A. in Psychology from Mercyhurst University. After graduation she worked at Sarah A. Reed Children’s Center in their Partial Hospitalization Preschool Program, preschool through 2nd grade. There she worked as a co-teacher in a classroom for 4-5 year old who had many difficult behaviors and numerous mental health diagnosis. Jennifer was promoted to Therapeutic Support Specialist. In this role she created and implemented a dance and movement program, provided crisis support, acted as a consultant for a branch of Early Connections, and wrote psychosocial evaluations. (03/07 - 09/08) In 2008 Jennifer began work at the Barber National Institute as a Family Support Specialist. In this role she conducted all intakes for Family Support Services, supervised Time For Me, SibSessions, Camp Shamrock, the Kids on the Block program, and was a representative payee for 10 clients. (09/08 - 03/12)

Currently Jennifer is the owner of Kinetic Creativity, teaching hoop dance at The Neighborhood Arts House, and is the general manager at Dafmark Dance Theater where she dances with their company and teaches classes . Additionally, Jennifer is a Pennsylvania Council on the Arts rostered teaching artist which allows her to go into schools/organizations to work collaboratively with teachers/staff to teach curriculum through hoop dance and creative movement.

Jennifer seeks out professional development opportunities to continue to grow as an artist and educator. Some of these include: 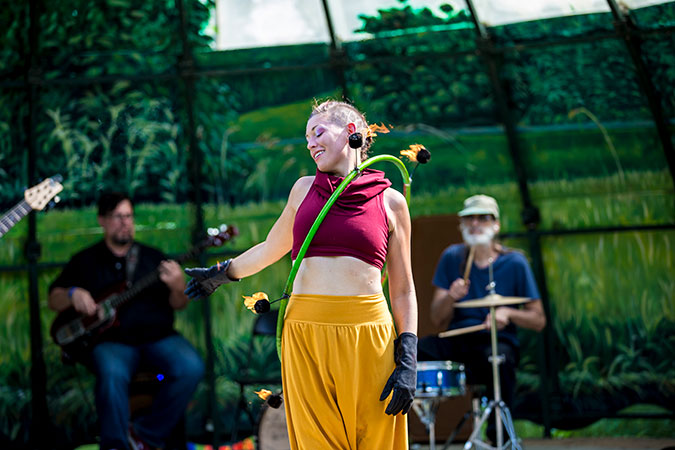 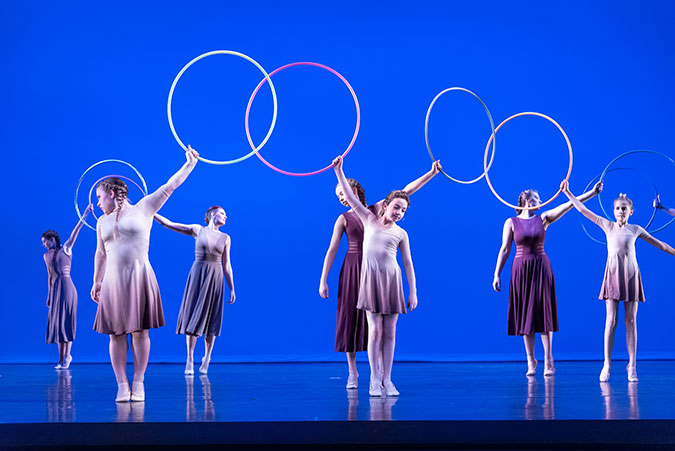 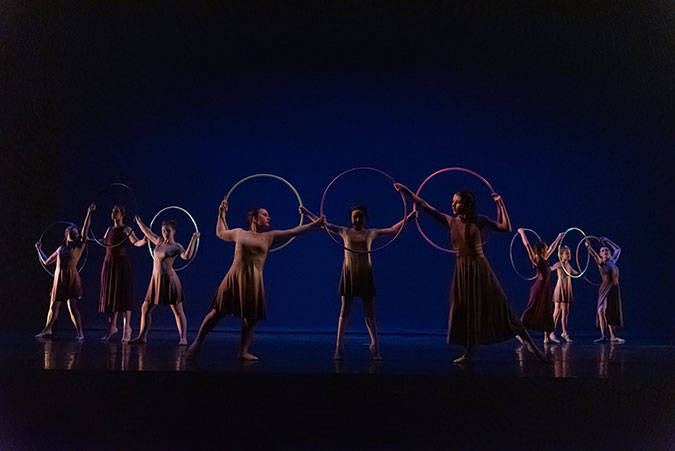 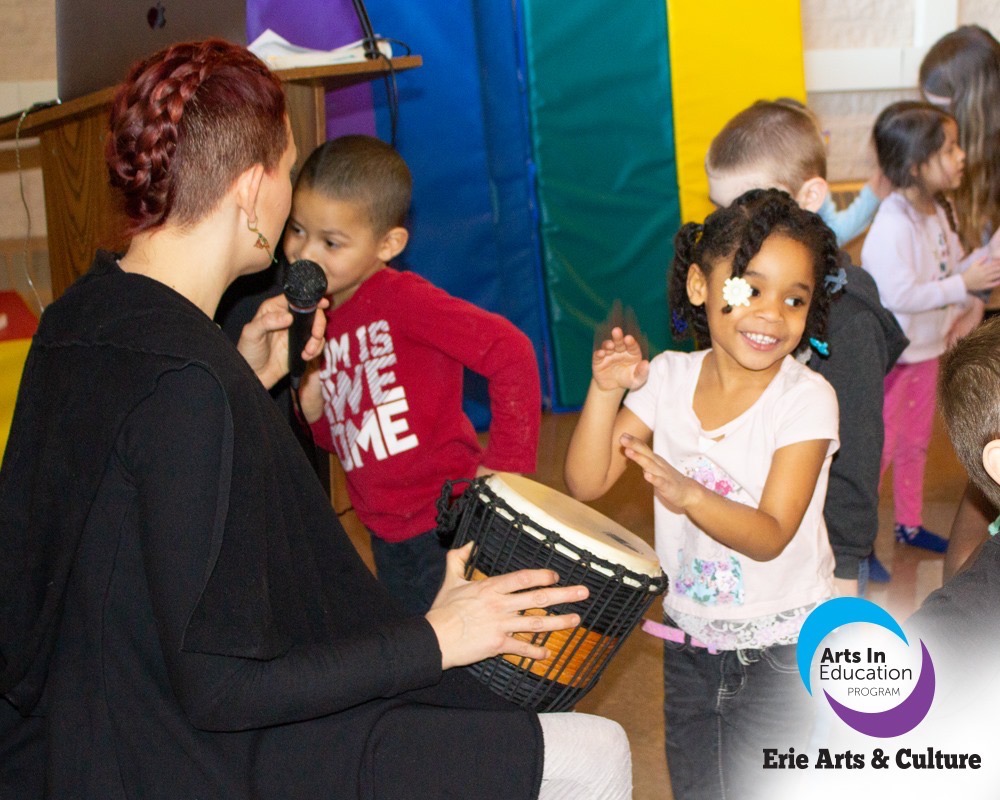 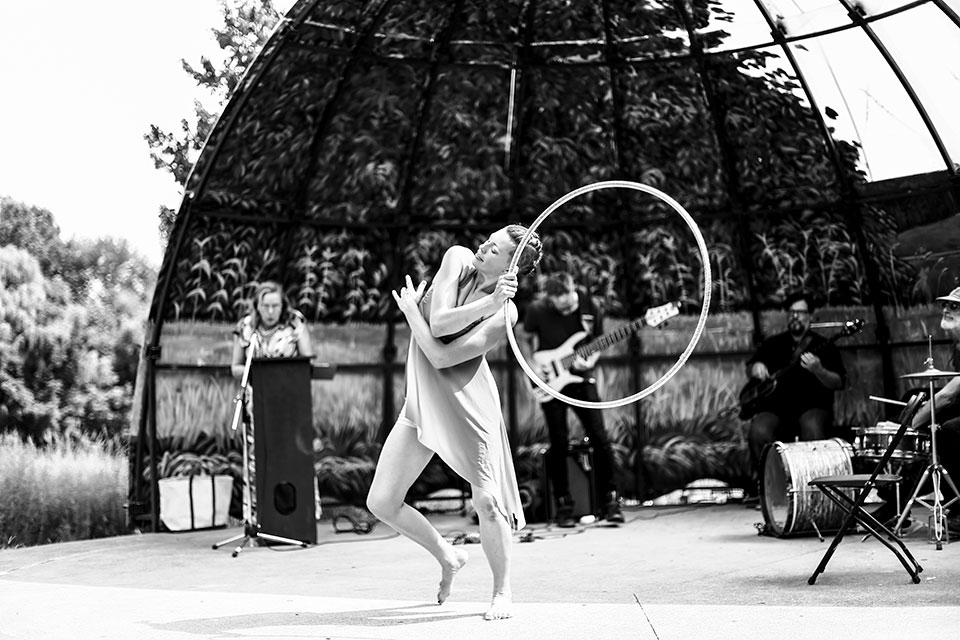 Jennifer is a true professional and her dance is as beautiful as she is. I recently worked with her for a fire-hoop performance at an Erie Art Museum fundraiser. We had a conceptual theme and she was able to coordinate her performance as well as provide feedback on safety and security for her piece of the event. I would recommend Jennifer Dennehy for another performance - she was striking and truly made the event magical!

I hired Jennifer and her team to do all three of our Glow Erie Run events. It was the single most talked about aspect of the event. It's so fun to watch the artistry and entertaining for all ages. We even incorporated the fire hooping one year, which was spectacular. Not only is Jennifer talented, she is also a genuine delight to work with. I highly recommend her for any event.

We had Jennifer down to teach two workshops at Mizzou Hoop Group during April 2017. The workshops focused on two hoops, one hand technical work and how to add dance to your hoopdance.

Dennehy is great at explanation and obviously has a passion for what she does! She's willing to give each student individual attention so they reach the full potential of the workshop. Overall, I definitely recommend!

Jennifer has lead me from a new hooper into a skilled performer. I enjoy working with her and would recommend her to anyone looking to get into hooping or would like to learn a new fitness activity! She does a wonderful job with both children and adults.

My daughter hoop dances with Jen, she has been her student for 3 years. We love her, I could never find the right words to review our experience, but my daughter has. Last time she was invited to hoop alongside Jen she said " I feel so important" and that is exactly how Jen makes those around her feel "IMPORTANT". As a student, a parent, or a spectator she has a way to make those around her feel important! My daughter has learned the importance of being part of a team, giving back to the community, compassion and love for elderly and disabled, how to take pride and show professionalism using dance, most of all learned confidence! We cannot recommend her enough!

She’s amazing and kind.  That’s what hit me first then all the other goodness started to flow into focus. Talented, passionate, professional, timely, reliable, inventive, she is taking care of her self and her business with dignity and Jennifer always leaves you wanting more.

I love Miss Jen and I really like getting to dance with her and being able to make up my own dances.

We love the dance program and that it gives our child an opportunity to do something unique during this very different time in school.  We are so appreciative to get this opportunity to learn from someone so talented not only with her skills but also her ability to teach it to young children.

I have been so impressed with the dance program! I love how Miss Jennifer uses fun and relational topics to get the kids to express themselves through dance! Pretending to be a bubble, using an adjective to create a dance, incorporating things our family likes to do through dance...learning all about the different directions and elements of dance . .it's all been so fun and a great way to get out energy!

She is so great with the kids! So patient and fun! I love the emotions and feelings she evokes through dance . . truly an art form!